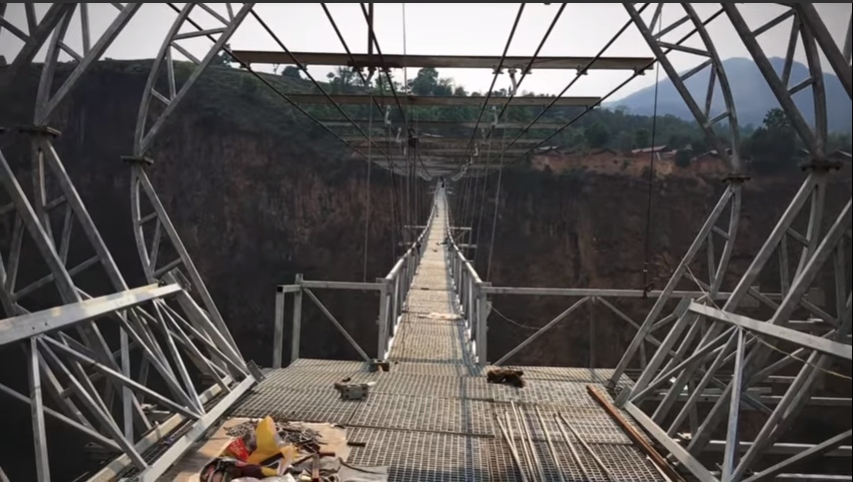 Kali Gandaki River bungee at the suspension bridge between Kusma, Parbat and Narayansthan Balewa Baglung is the highest bungee jumping in Nepal and is coming in operation by January 2020. Besides, The last resort Bhotekoshi River bungee and tower bungee in Pokhara is the third bungee in Nepal, however, it is extreme and highest among all. Likewise, for adventurer enthusiasts, this spot provides an additional opportunity of exciting swing and thrilling sky cycling.

The Bungee, swing and the sky cycling is operated by The Cliff Private Limited.

Immerse into the most exciting and thrilling adventure experience with Speedy Nepal and book your “The Cliff Kali Gandaki River Kusma Bungee” at the best cost price with quality service. For novice jumpers, you can try tower bungee at Pokhara and for intermediate jumpers, The Last Resort Bhote Koshi River bungee is recommended.

The cliff is constructing the first sky cycling in Nepal at the same spot near the bungee in Kusma. The length of the cycling track is and it is a first of its kind in Nepal.

The cliff Swing in Kusma

Beside the bungee and Sky cycling, the swing is another adventure for an adrenaline junkie at the same spot in Kusma. The swing offers the longer duration of freefall experience than that of bungee and this swing experience is going to be extreme. The cliff is planning to operate the first sky camping in Nepal over the suspension bridge at the same spot. However, we will have to wait for it for a while.

Speedy Nepal provides customized itinerary according to your preferences.